The release date is official, June 28th! The game is available for pre-order at many different sites, for Xbox 360, Playstation 3, PC and PC Digital. June 6th is E3, Ubisoft may reveal more details on The Cartel. And just for the heck of it, let's check out what we know about the game so far: 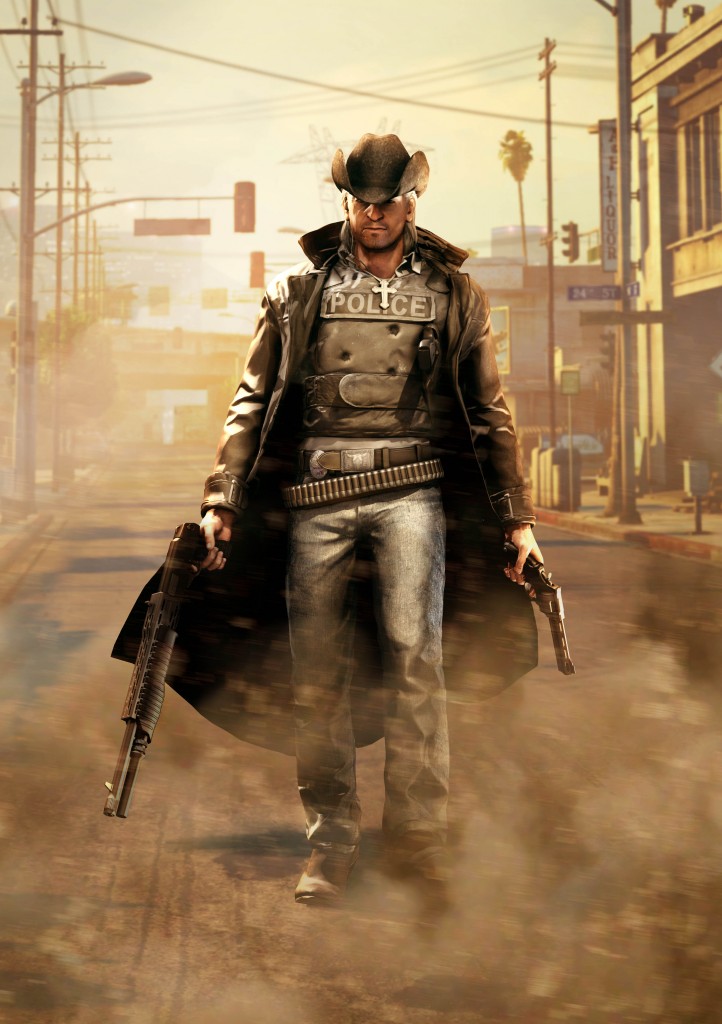 "When a Mexican drug cartel bombs a US law enforcement agency, a US task force begins a blood-soaked quest for justice. Play as Ben McCall, a brutal LAPD cop and descendant of Ray McCall; Eddie Guerra, a DEA agent with a chronic gambling habit; or Kim Evans, a gang-affiliated street kid turned FBI agent. Who you choose determines how the unforgettable story unfolds. As you fight to dismantle the Cartel and unravel the mystery of the bombing, you’ll embark on an epic, bloody road trip from the streets of Los Angeles to Ciudad Juarez. Experience the lawlessness of today’s Wild West as you hunt down the Cartel before the violence escalates north of the border." ~Call of Juarez.com's official information on The Cartel.

Call of Juarez: The Cartel is the latest game in the series, to be released on June 28th. Unlike its predecessors, Call of Juarez and Call of Juarez: Bound in Blood, it takes place in modern times instead of the Old West. It has been developed by Techland and will be published by Ubisoft. It is currently unknown whether the plot will be related directly to that of the previous two games. It will use Chrome Engine 5.

Confirmed by pre-release information, punching found in Call of Juarez has returned in The Cartel, although probably as a 'weapon', instead of a boss-fight event. We are likely to see a variety of cars, along with helicopters and AK-47s (possibly a variation model, such as the AKM) in the game and ironsights, quite obviously will be present. The bullet time when busting in through a door from Bound in Blood also appears to make a return. From a more recent screenshot from Steam's pre-order listing we see Ben McCall and a thug standing in a duel position similar to Bound in Blood, suggesting old west style duels will also make an appearance. Gameplay will include raids, witness protection, interrogation, undercover missions and car chases.

For the first time in the Call of Juarez games, there will be a three player CO-OPETITION story mode, as Valve's online store Steam describes it 'Partner with 2 other teammates to achieve joint objectives, while sneaking behind their back to advance your secret personal agenda'. Instead of fifteen episodes as in the previous campaigns, The Cartel will boast twenty and have three different, unique circumstances and endings depending on what character is chosen at the beginning of the story mode. Multiplayer appears to have been improved and perhaps become more balanced, players can go up to 6 vs 6 battles in game modes "Team Death Match" and "Cops vs Gansters". The weapons are said to be 30 in number including pistols, revolvers, sub and regular machine guns, assault rifles, shotguns, sniper rifles, anti air weapons and more.

Notably the apparent antoganist organization will be the Mendoza Cartel, which more than suggests relation to Juan Mendoza, antoganist of Call of Juarez: Bound in Blood and Call of Juarez. Possibilities for origin or this new gang include distant relatives of Juarez, or possibly Juan's original gang carried on the Mendoza name.

As for the update on Project McCall, yes, we have all been slacking, but slowly making progress toward our goal nonetheless; to complete all the articles on this site. I was planning on finishing them before The Cartel was released, but it appears that may not happen. But we will eventually get the articles completed, rest assured.

Retrieved from "https://callofjuarez.fandom.com/wiki/User_blog:Foreborn/New_Information_on_The_Cartel/Project_McCall_Update?oldid=5246"
Community content is available under CC-BY-SA unless otherwise noted.